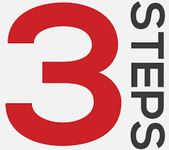 I have listed below the 7 ways of training that will help any player of any age become a better hitter. The first 4 are very commonly used by most coaches at team practices, private lessons,  and all professional players. For those new to this I will explain briefly the purpose of  the first 4, with some pro's and con's of the 4. Unfortunately, the last 3 of the 7 training methods are ignored by most, causing players baseball days to end much sooner than it should.

* 3 - LIVE ARM BATTING PRACTICE - Purpose: Helps you test if hitting mechanics worked on in Level 1 & 2 translates to the field at BP speed. BP speed for high school players and above is generally 60mph. If you do not hit really well at BP speed, you more than likely still have serious mechanical flaws in your swing. Negatives: Players can get too comfortable when they become good BP hitters. They are more apt to NOT want to train on steps 5,6, and 7 .... only because it is more difficult. Another negative is players develop lazy vision habits when they are use to the BP thrower, whether its a coach or dad. The way they need to focus in a game at- bat is much different than BP focus.  Again, having great BP session is crucial. Many coaches/scouts show their first interest in a player after a great BP session, whether it is in a cage or on the field.

So now are the final 3 steps that players, coaches, and parents at the youth level (high school and below), drop the ball, so to speak.

* 5 - VELOCITY BATTING PRACTICE - Purpose: To train seeing the speeds (and higher) of what the player is facing in games.  Major league players have to train off machines to see the speed they will face in games, and so do you. It doesn't make much sense to hit BP at 60 mph and expect to hit pitchers throwing 90mph game time. A players mechanics might be great, but if he doesn't include in his training hitting pitches at high speeds, mechanics won't matter. And as a note ..... coaches throwing as "hard as they can" BP from 15ft away is NOT the way to train. MLB players/coaches don't do this either.

* 6 - PITCH RECOGNITION BP - Purpose: To have NO fear of any pitcher because he can throw curves, sliders, and/or changeups. First, there is no way any coaches can throw all the BP needed to get players good at pitch recognition. Line Drive has computerized programmed pitching machines that throw any pitch at any speed that you need to work on to try to play the highest level of baseball you want. Seeing pitches such as curveballs over and over  and over again (just like you have seen fastballs over and over since you were a little kid) is the key that opens the door to becoming a great hitter. Getting 5 swings at curveballs at a team practice does as much good as seeing only 5 fastballs,  5 groundballs, or 5 flyballs. It doesn't make any sense to expect great results if that is all you do. Our machines can also mix up pitches, again helping you train at a higher level for pitch and strike zone recognition.

* 7 - GAME SITUATION BP - Purpose: Train so much on situational hitting so player is ready mentally and physically come game time. Because our computerized machines can mix pitches up, including throwing pitches in and out, up and down, ..... players of all ages can gain supreme confidence and really be ready for their games. Turning a players fears into a players wants helps create a confident player.

When players first start working on steps 5 thru 7, it is very hard and somewhat discouraging. But persistent players who have trained the ways described above have attained a lot of baseball success. The goal should always be to make the training methods harder than what the game is .... thus making the game easier.